Get fresh music recommendations delivered to your inbox every Friday.
We've updated our Terms of Use. You can review the changes here.

by David J and The Gentleman Thieves / Darwin 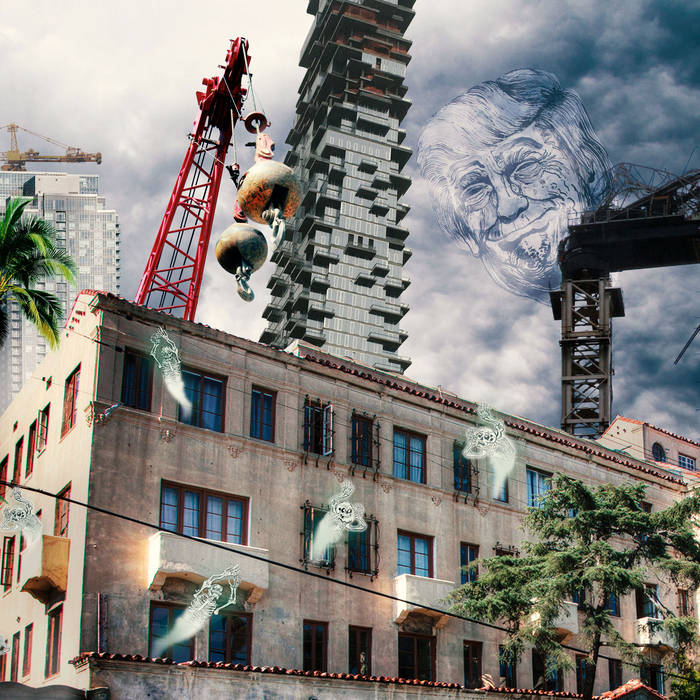 “A cure for urban blight at the cost of soul and it’s such a sorry sight and the death knell tolls for me and you.” — lyrics from “Gentrification Blues”

David J and The Gentleman Thieves will release their debut single “Gentrification Blues” via Starry Records on April 22nd. The protest song calls out the soul-sucking influx of corporate affluence into urban neighborhoods, which are often the lifeblood of artistic communities. The split single, which includes the haunting, ethereal track “Horrible Cocoon” by Darwin as the b-side, features appropriately unflattering, Donald Trump-themed cover art by legendary satirical street poster artist Robbie Conal. Both tracks were produced by the artists themselves along with noted producers Brian Liesegang (NIN, Filter, Billy Corgan) and Kerry Brown (Smashing Pumpkins, Ziggy Marley).

“‘Gentrification Blues’ is a new track that addresses the downside of avaricious gentrification. A Damoclean sword that looms over present day Bohemia,” explains David J. “It has already fallen in New York City, San Francisco, Paris, London and beyond, decimating artistic communities which simply cannot afford to survive let alone thrive as in former golden days.

“When David J wrote this great tune, ‘Gentrification Blues,’ and asked me to collaborate on designing the cover art, I instantly agreed, says Conal. “I’m definitely feeling that! Cathartically speaking, collaborating with David on this project was a natural blast.”

“I grew up in New York — Manhattan, to be precise,” Conal elaborates. “Lately whenever I go back, it’s all giant cranes and empty glass skyscrapers everywhere, with older buildings now reduced to rubble in gigantic dusty pits. They seem to scream ‘down with funk, up with giant corporate greed.’ (Check out the demon in the dark clouds above the wreckage in our artwork.) Ditto L.A., San Francisco, London, and all over the world for that matter. We can’t just sit around and watch. We gotta do what we can. Here’s a little taste of that.”

The five-man band will play a record release show at El Cid in Los Angeles on April 28th. They hit Levitation in Austin, TX on April 30th. The Thieves’ current set features new material as well as songs that span David’s entire career, including many reclaimed and revamped Love and Rockets gems and a few select Bauhaus classics.

Darwin, immerses listeners with ethereal introspection & haunting vocals with his genre-bending ‘So Few Comets’, a sonic voyage that crosses boundaries between nostalgia and the future. It is a personal and evocative array of stunning electronically-driven arrangements that are complimented with a visual art projection that reflects the sign of our times and reminds us that beauty is rare. ... more

Bandcamp Daily  your guide to the world of Bandcamp